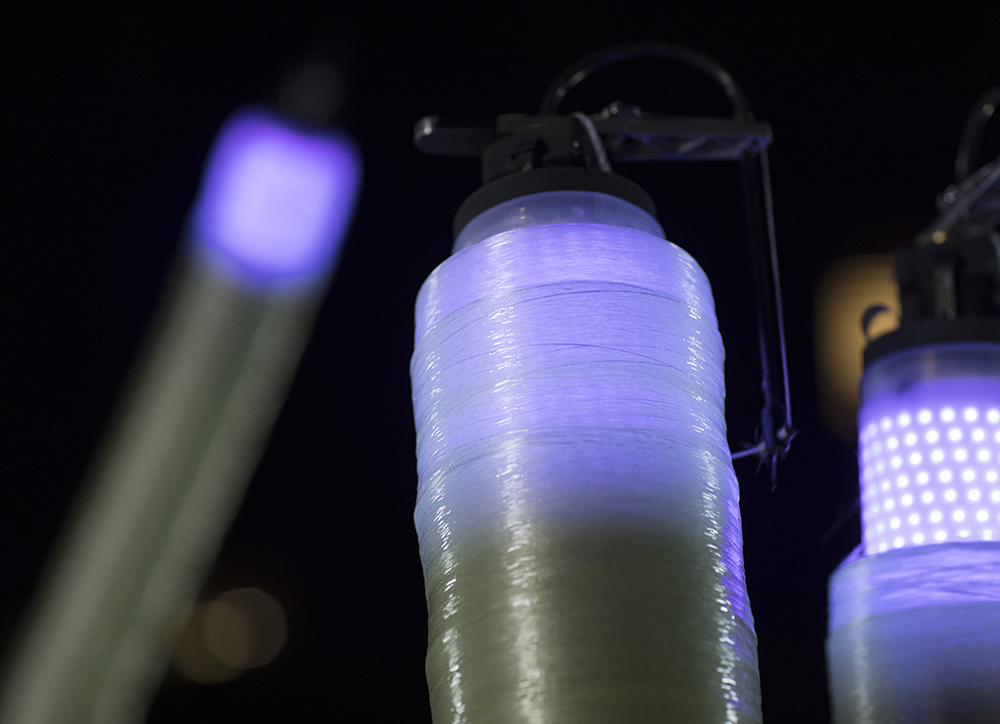 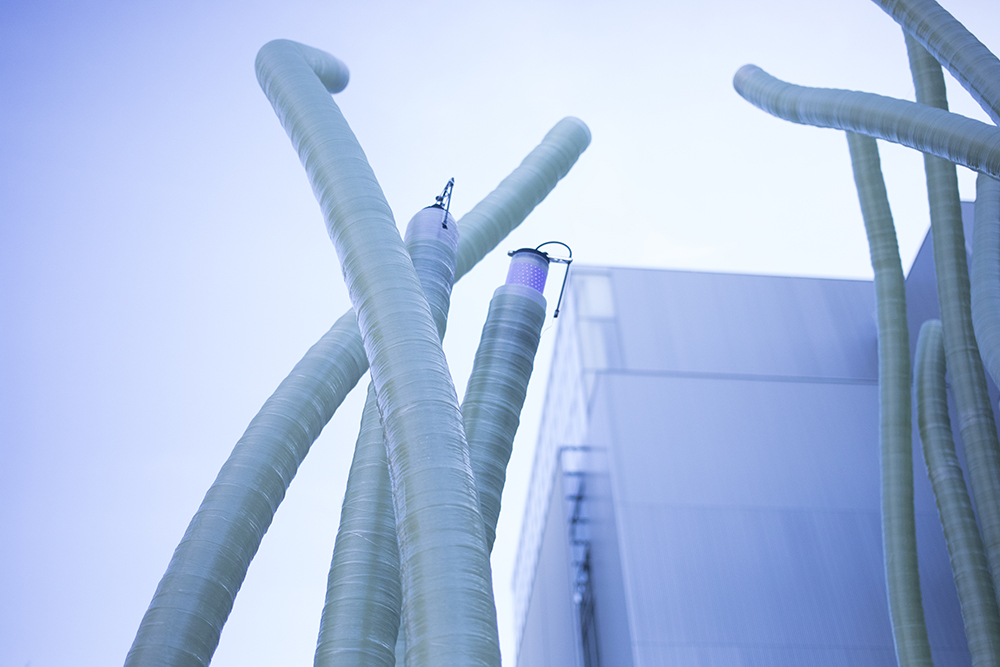 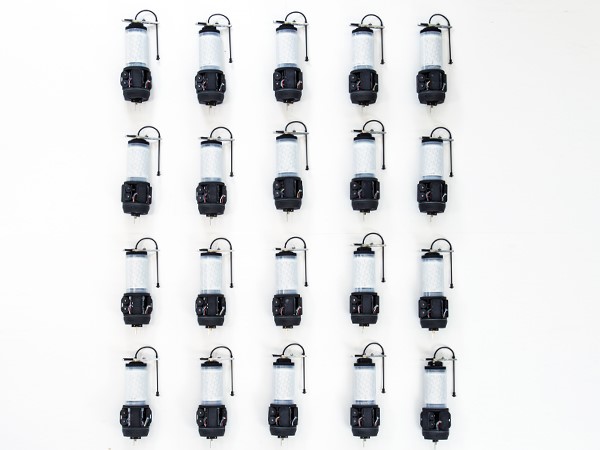 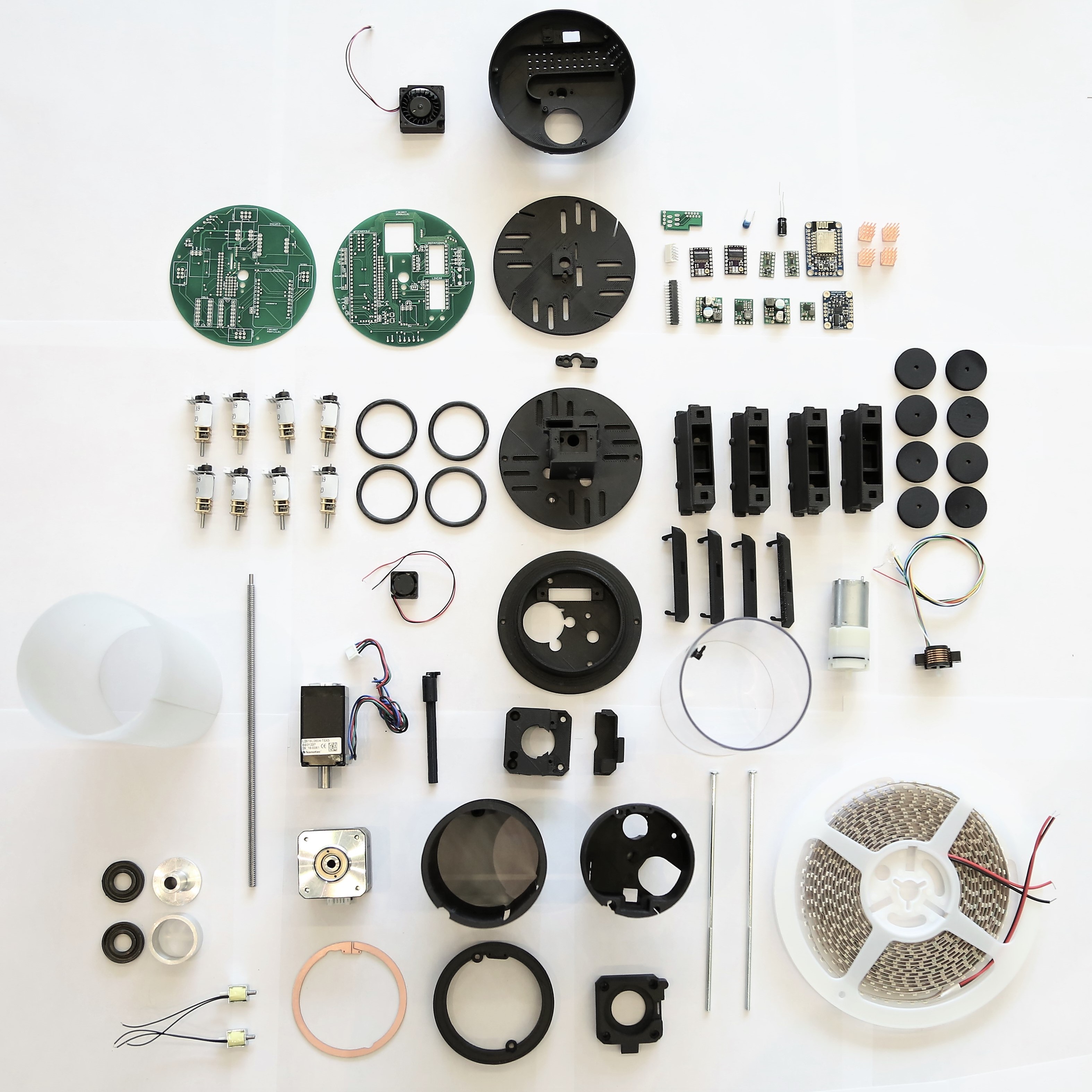 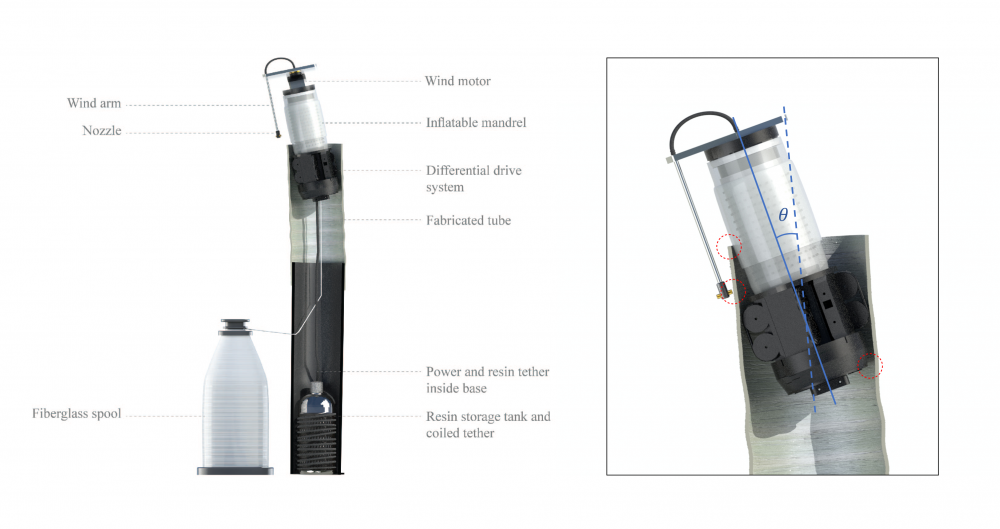 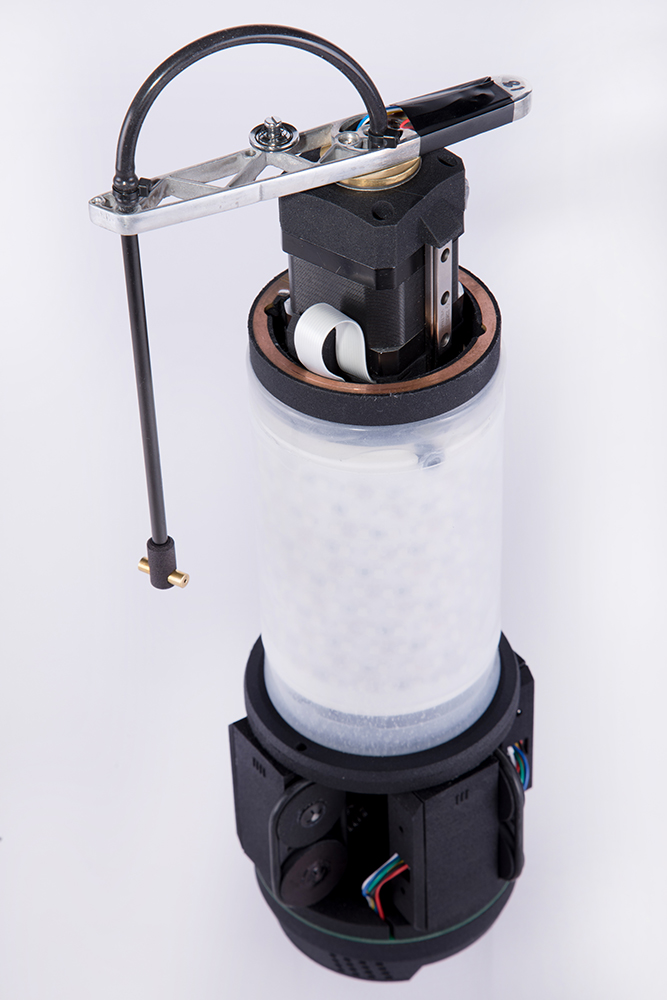 The MIT-based Mediated Matter Group, founded by architect and designer Neri Oxman, is well known for its groundbreaking explorations at the nexus of 3-D printing, design, and what Oxman refers to as “material ecology,” a term that covers projects ranging from a CNC-fabricated scaffold coiled with silk thread produced by 6,500 silkworms to a solid wooden chaise adorned with 3-D printed, multi-colored cells. Now, the group has released footage of their latest project involving a swarm of robots, dubbed Fiberbots, capable of rapidly fabricating freestanding fiber-reinforced tubes.

Over the course of 12 hours, the Fiberbots autonomously produced a series of approximately-15-foot fiber structures. The 16 tubes are four inches in diameter, each using an estimated 1.2 miles of fiberglass thread. In total, over 80 miles of fiberglass were spun for the entire installation.

“Fibreglass can provide energy-efficient, green, sustainable solutions for building enclosures,” said Neri Oxman in a statement to Dezeen. “It has relatively low embodied energy due to its composition and can be shaped to carry loads in multiple directions.”

Mediated Matter Group tested their new device in Cambridge, Massachusetts, in an outdoor environment to gauge the Fiberbot’s durability. The design team fastened a series of external monitors to the robots to allow for a real-time response to external stimuli that adjusted fabrication variables to swings in temperature and or wind speed.

The body of each Fiberbot is identical, consisting of electronics and a software drive enclosed in an inflatable silicone membrane. The Fiberbot is topped by a curved robotic arm that continuously wraps a mixture of fiberglass thread and photocurable resin around the existing structure. The materials for the structure are located at the base of the tubular forms and are siphoned upwards towards the robot’s nozzle.

Each robot navigates the freestanding structure through the compression and inflation of its surrounding silicone membrane. The membrane expands while the robot fabricates a new fiberglass segment, and subsequently retreats within the tube as that segment solidifies. This process follows a pre-programmed trajectory to ensure that none of the tubes inadvertently collide.

According to the Architect Magazine, Mediated Matter Group is currently researching how to scale up their technique into full-scale architectural prototypes. However, there are significant hurdles to overcome in developing the fiberglass forms into load-bearing, interlocking frames.