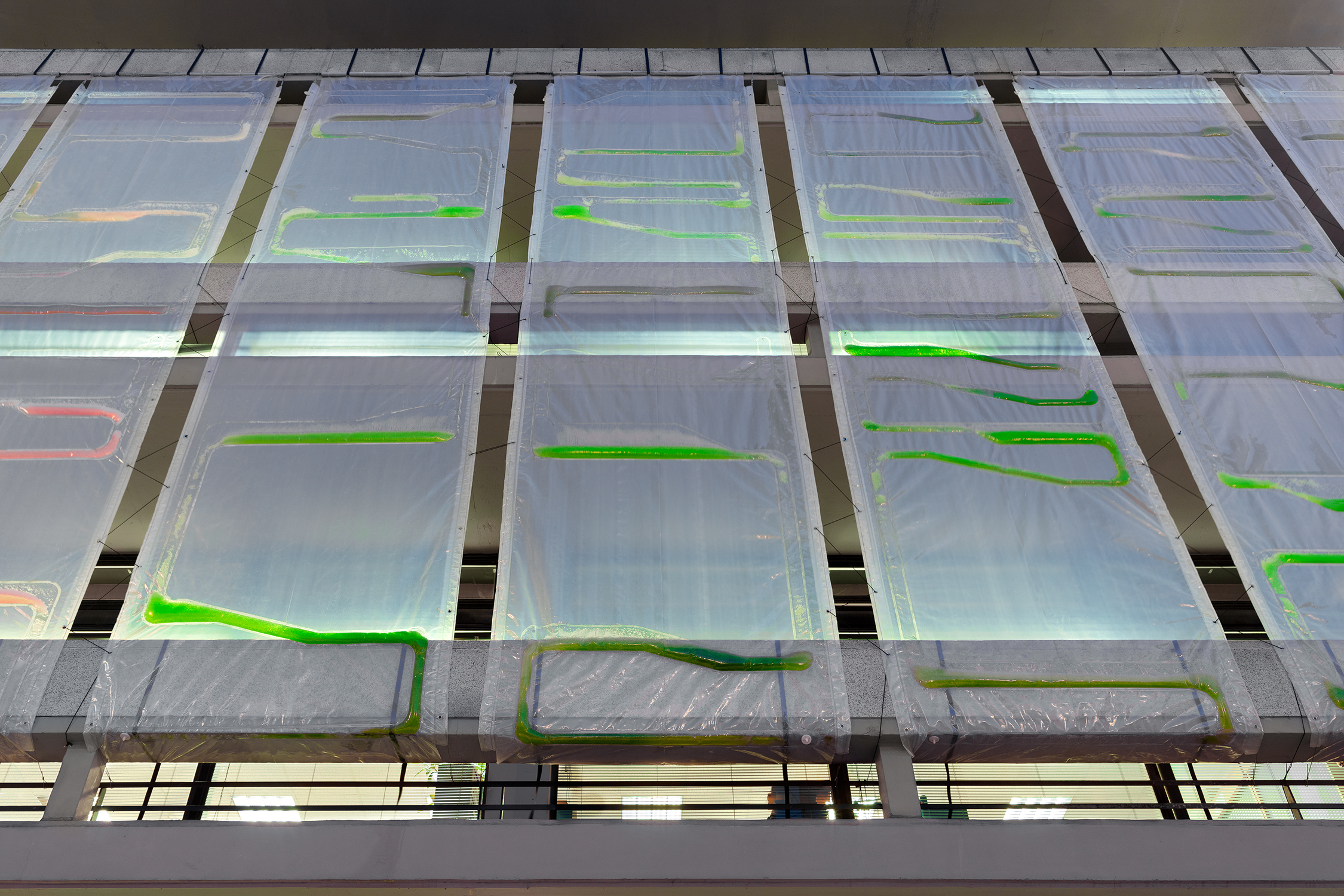 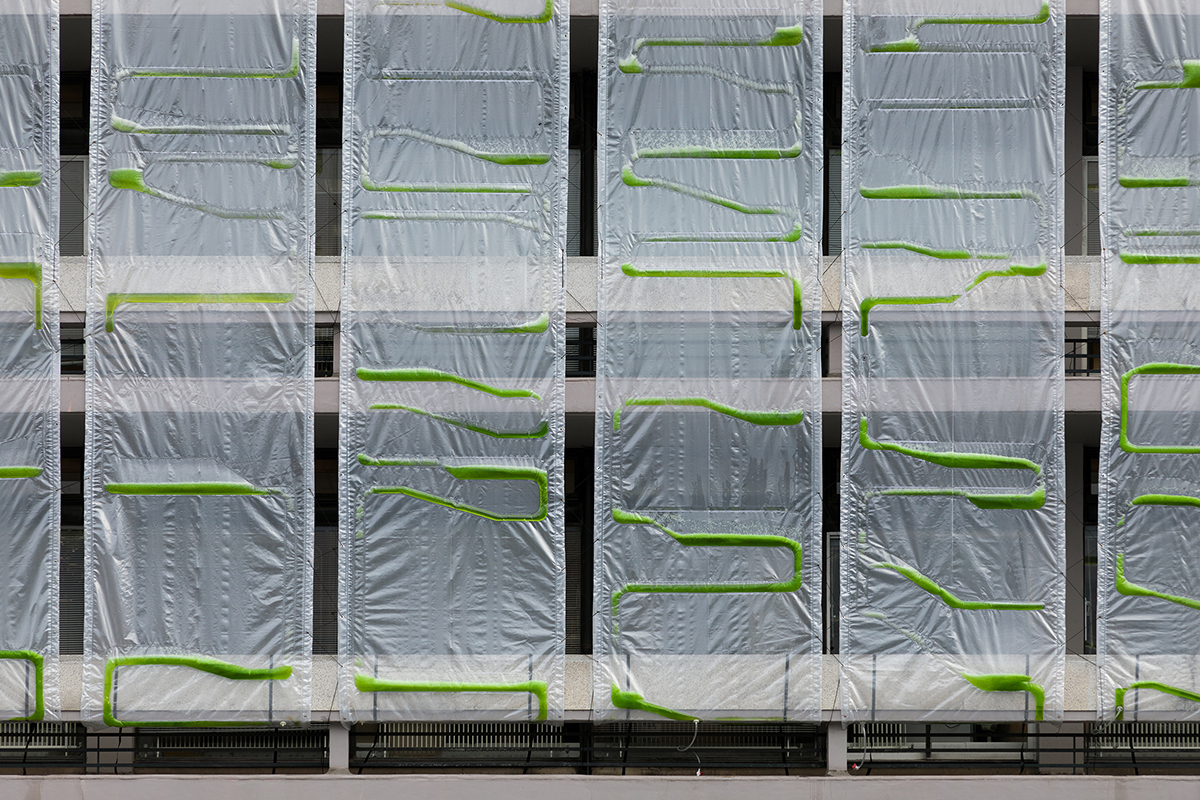 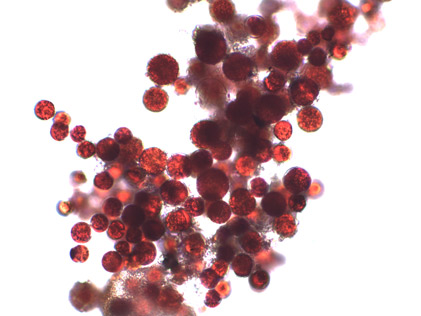 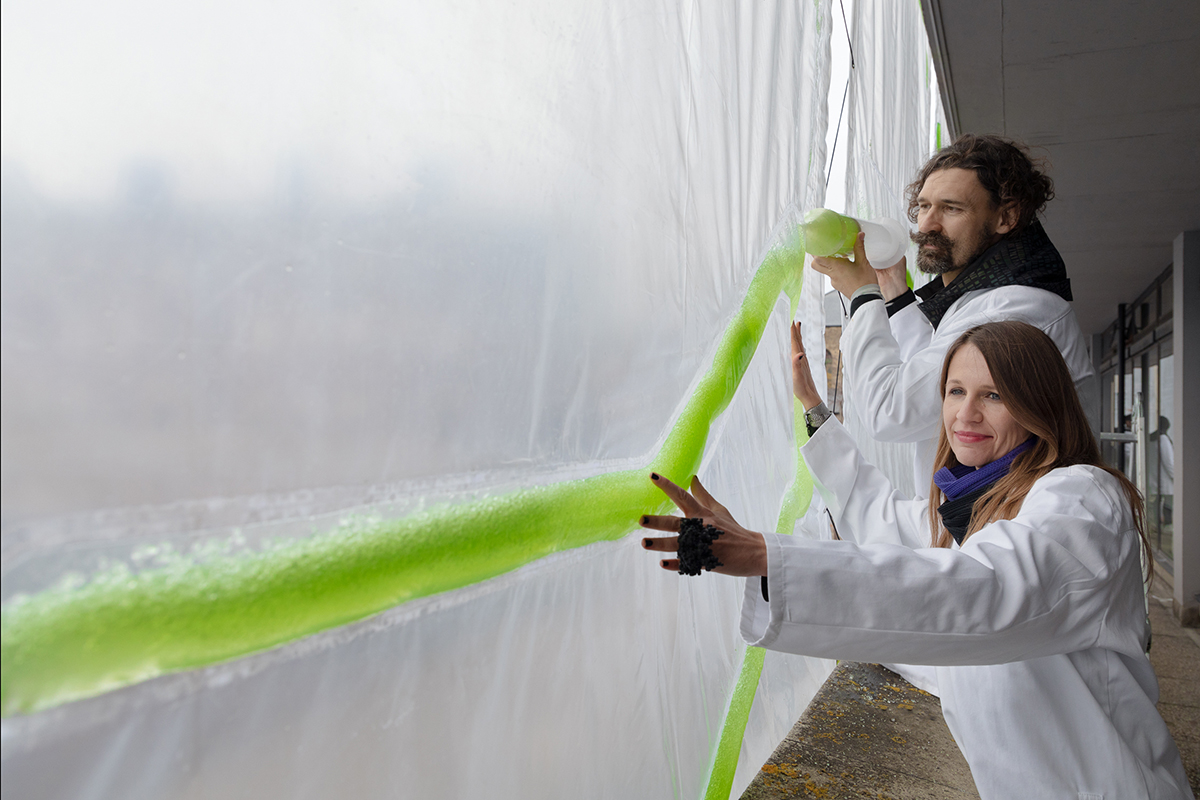 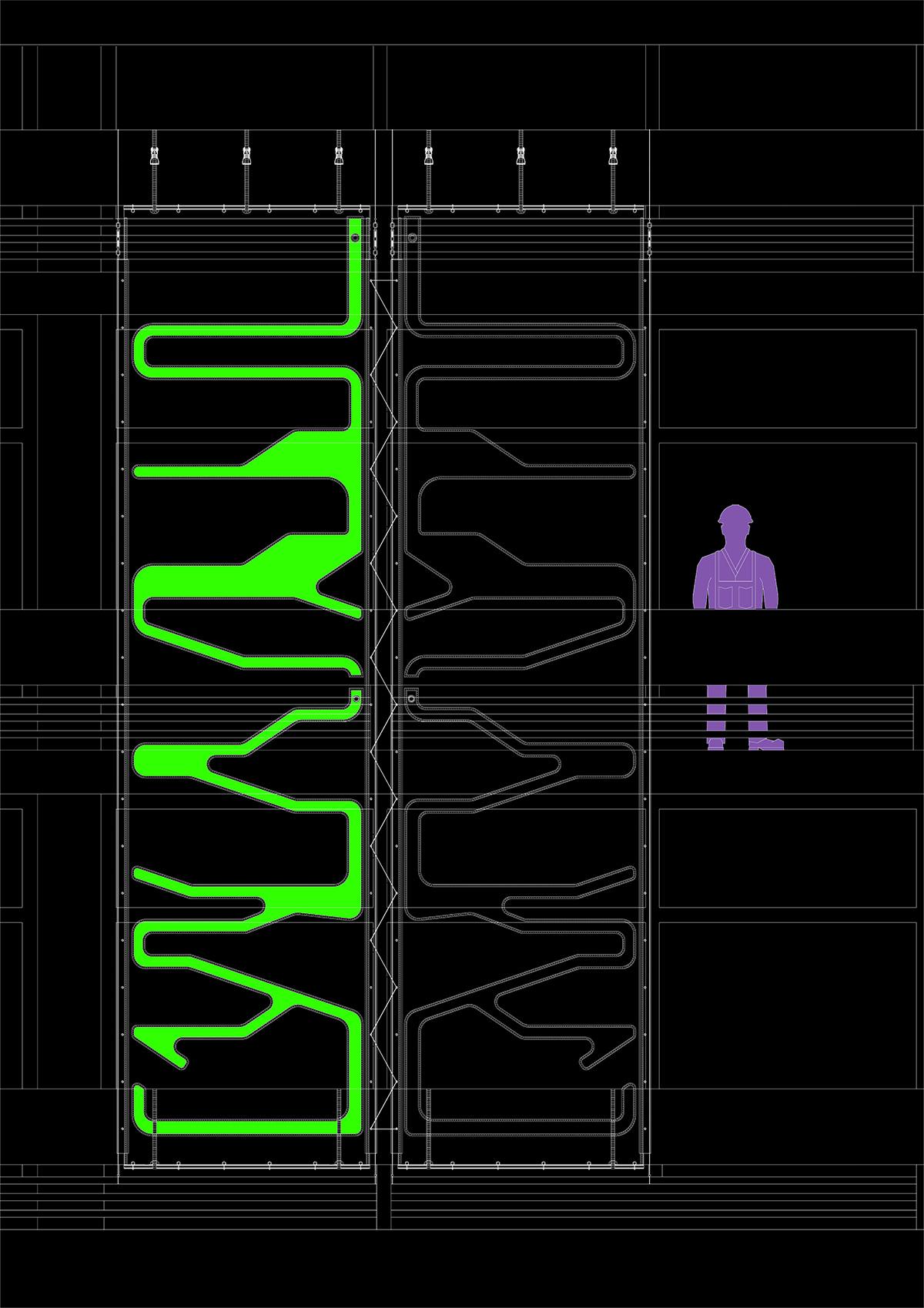 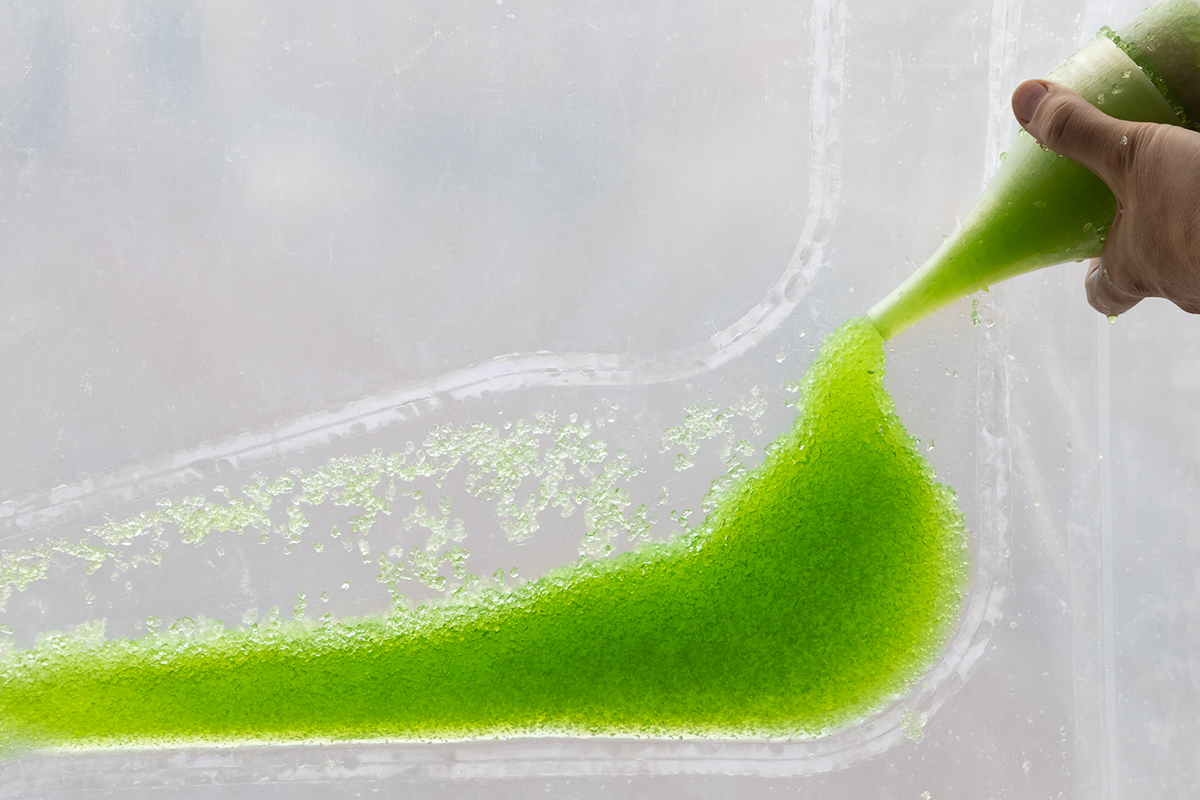 <
►
>
A number of microbes are present within the algae solution, such as Chlamydomonas Nivalis. (Courtesy Claudio Pasquero, Terezia Greskova, Maria Kupsova, Simon Posh)

The ongoing threat of climate change and hazardous air quality in urban environments continue to foster sustainable elements within architectural design, ranging from the installation of photovoltaic panels to rainwater harvesting mechanisms. But what if a facade curtain could directly capture CO2? Responding to this challenge, London-based practice ecoLogicStudio, led by Claudio Pasquero and Marco Poletto, unveiled Photo.Synth.Etica at Dublin’s Climate Innovation Summit 2018. The large-scale installation is capable of absorbing two pounds of carbon dioxide per day with the help of an injected algae solution.

Photo.Synth.Etica consists of 16 approximately 6.5-by-23-foot bioplastic modules. For the design of the modules, the team interpreted a breadth of data charts stemming from carbon trading transactions, rationalizing them into the welding pattern located between the two layers of bioplastic. Spanning the height of two levels, each module is laced with a coiling void that is injected with micro-algal cultures treated to produce luminescent shades at night. The density of the algae biomass is customizable and can be altered for desired light transparency.

The mechanics behind the installation’s air filtration are fairly straightforward: unfiltered air rises from the base of the facade through the cylinder of photoreactive algae, interacting with carbon-consuming microbes. Once captured by the algae, the biomass can be cultivated as a raw material for the production of bioplastics similar to that used for the curtain modules.

According to the design team, this particular module “is particularly suitable for retrofit as it is very lightweight, soft, adaptable, and does not require heavy substructures to be installed.” Additionally, ecoLogicStudio has developed higher-end ETFE models of the algae-injected curtain for new construction. Currently, the firm is researching a mass-market prototype that will target the large shed or warehouse typology, with an aim “to cover the large surfaces of malls, distribution centers, and data centers.”

Research for the project goes back nearly a decade, including the similarly air-filtering Urban Algae Canopy unveiled at the 2015 Milan Expo. ecoLogicStudio is scaling up their technology with the intention of marketing the new prototypes in 2019.