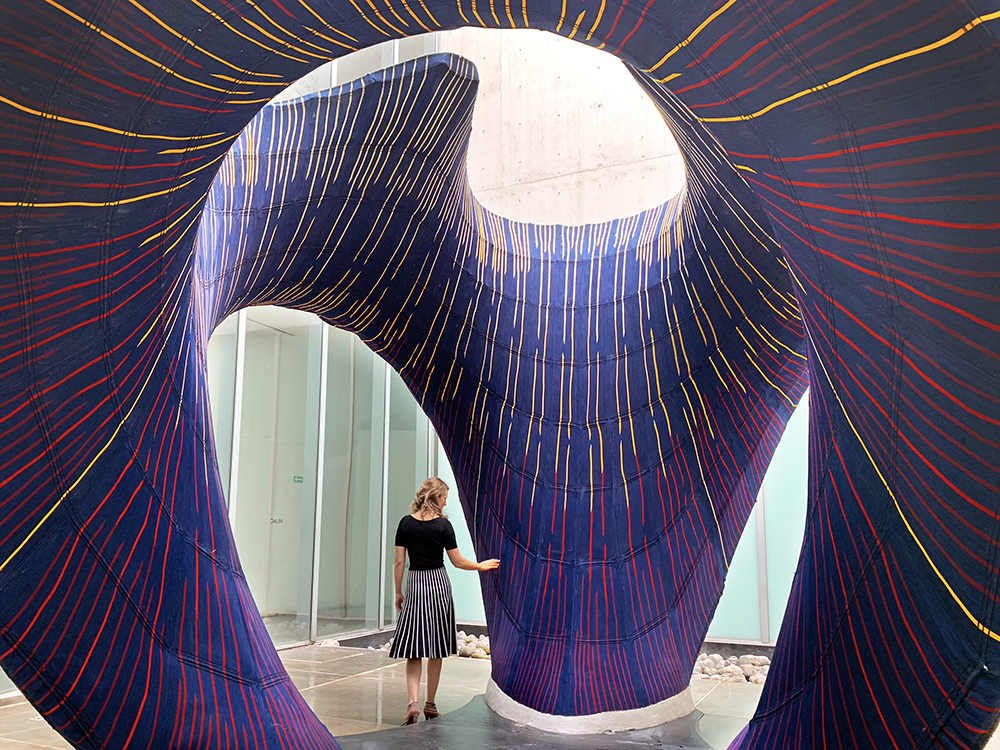 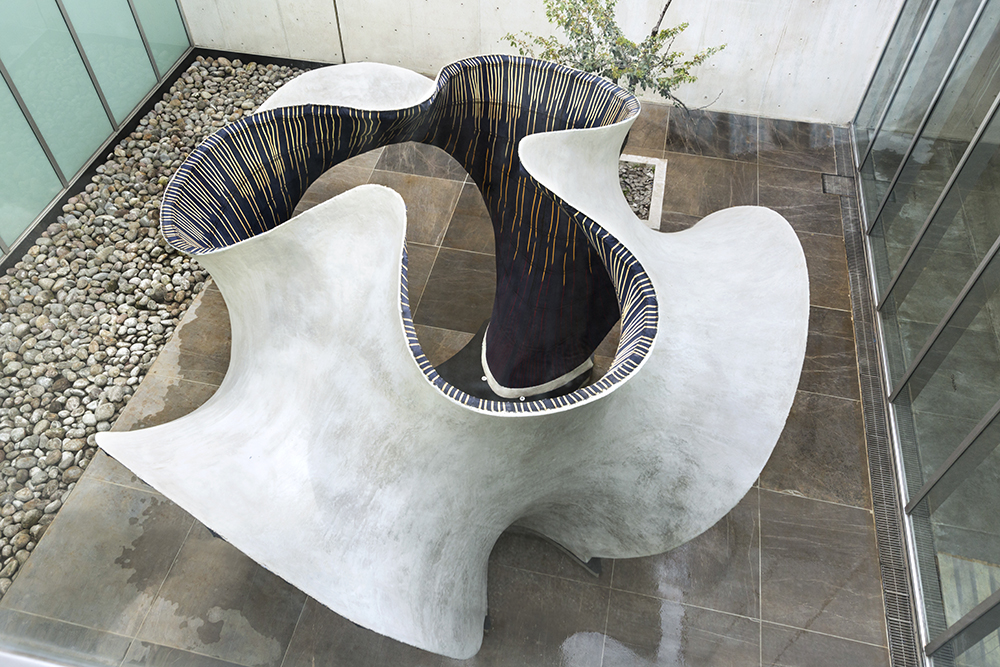 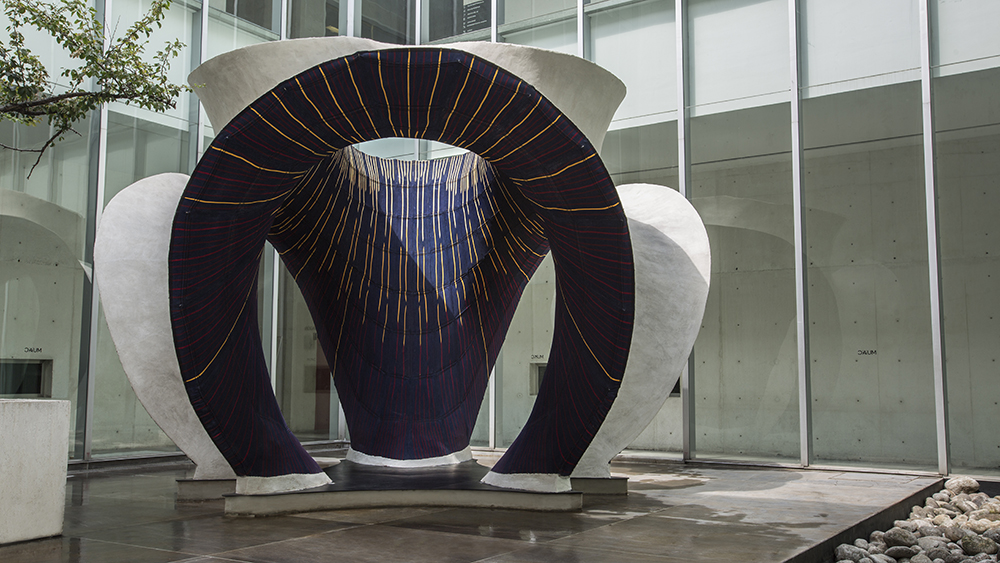 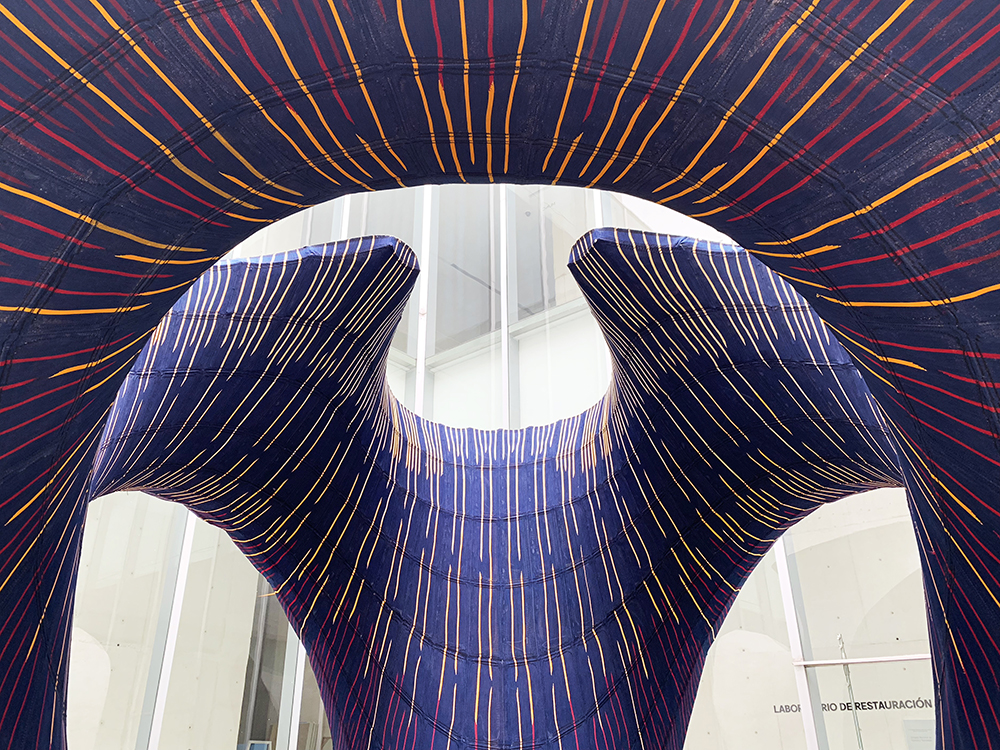 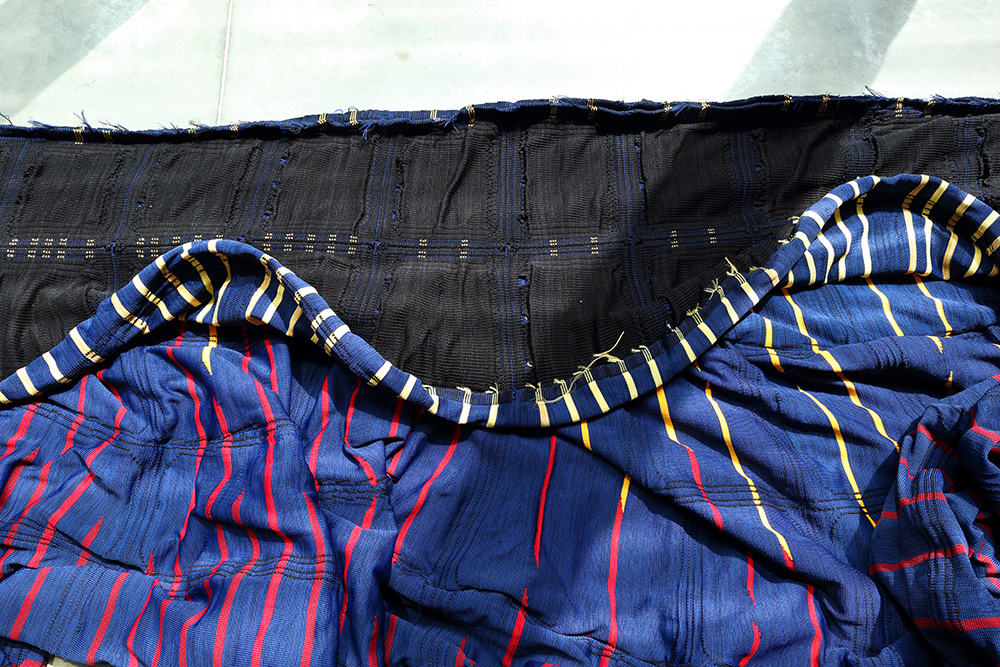 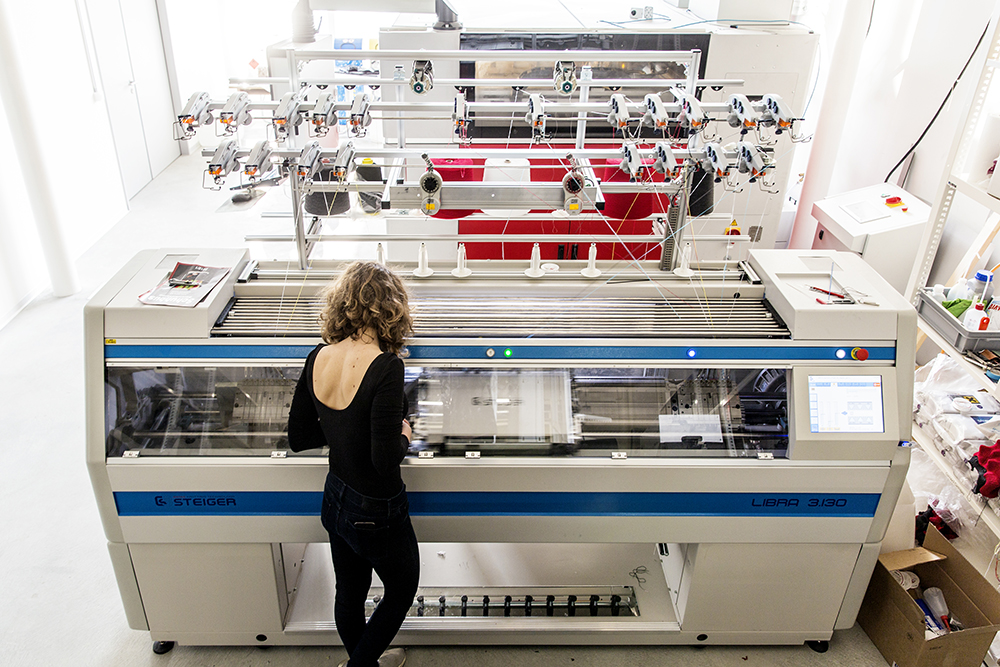 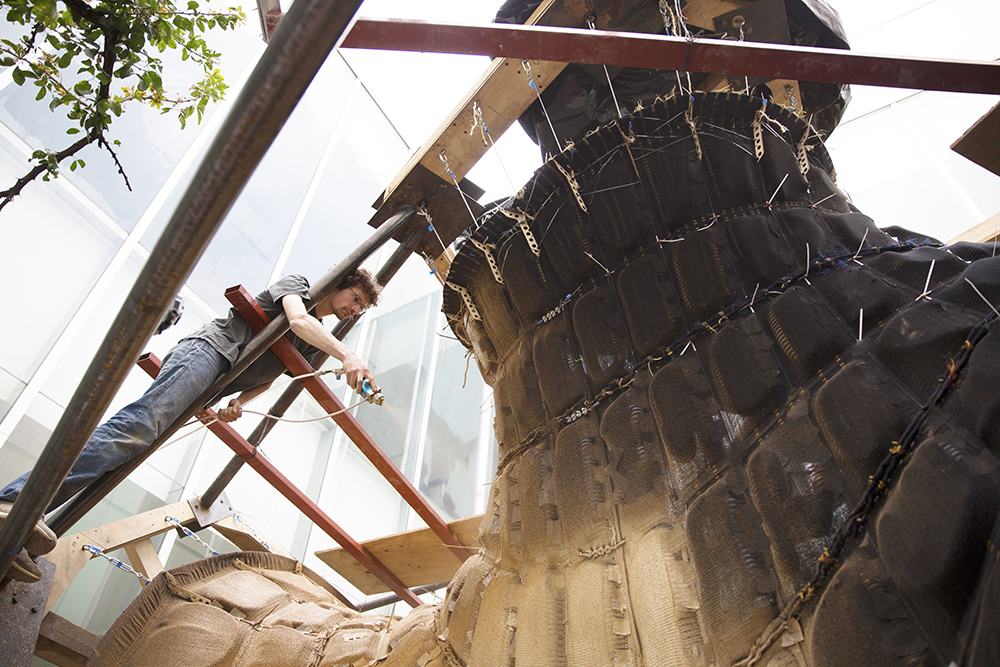 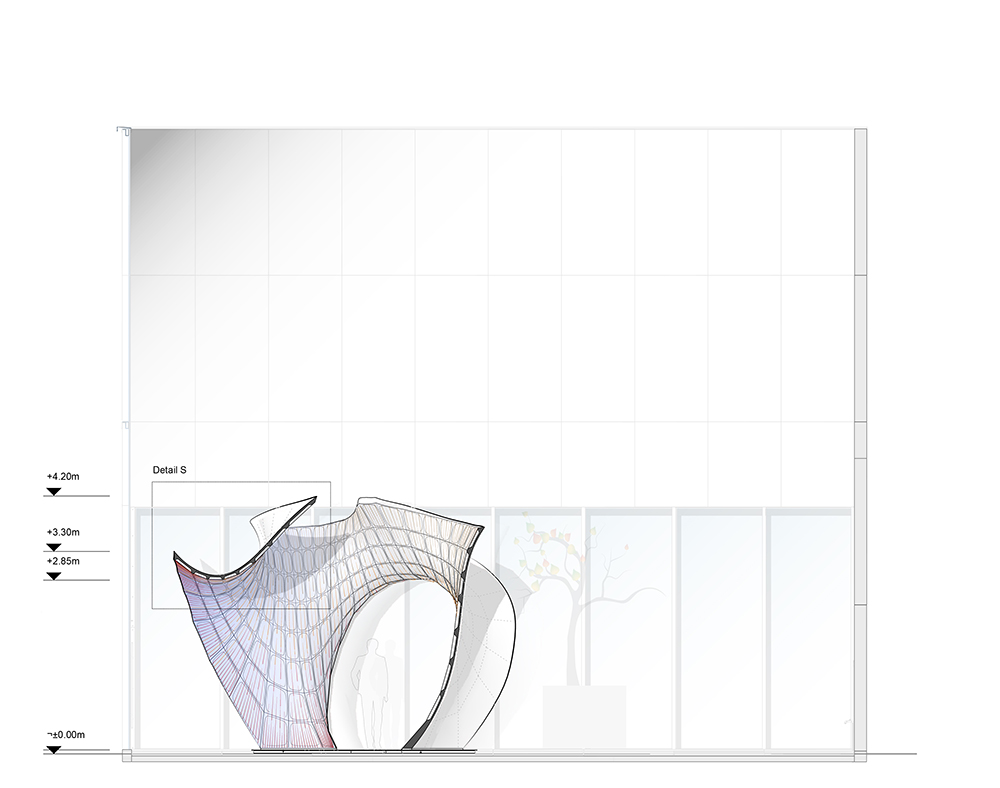 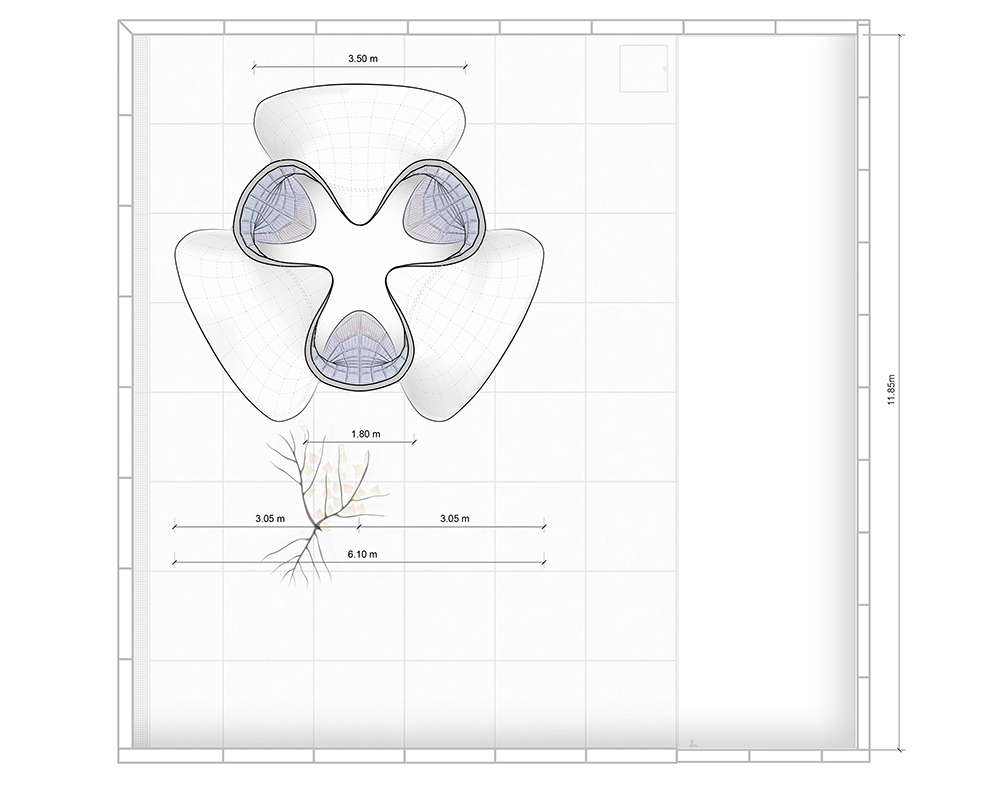 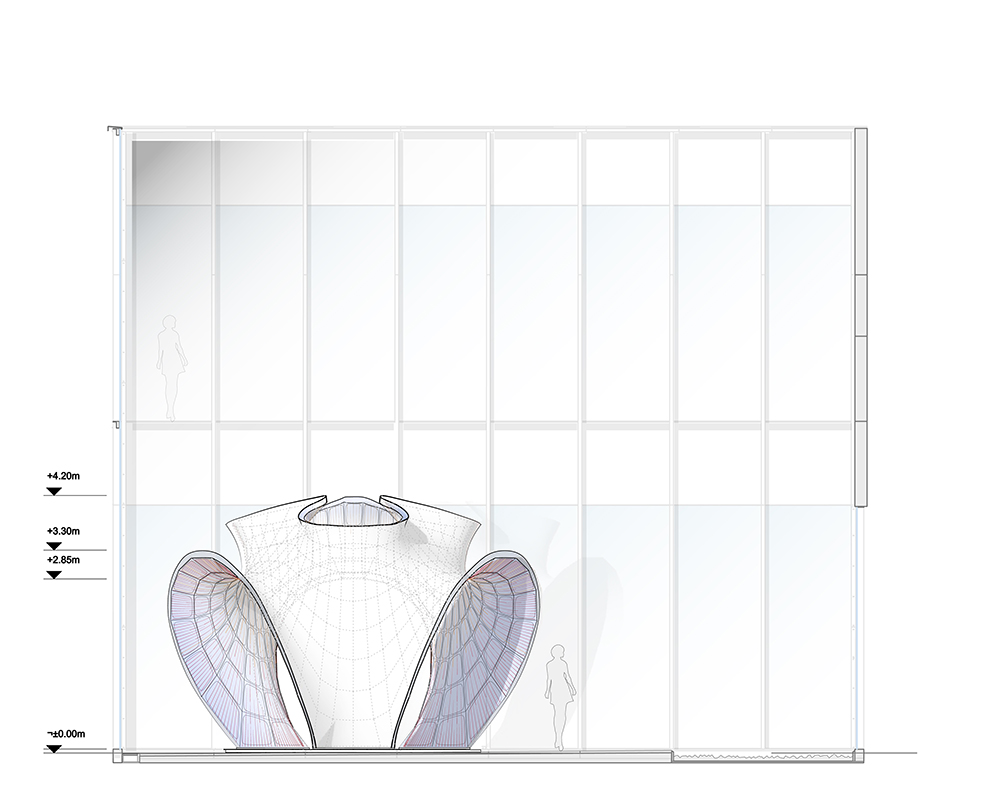 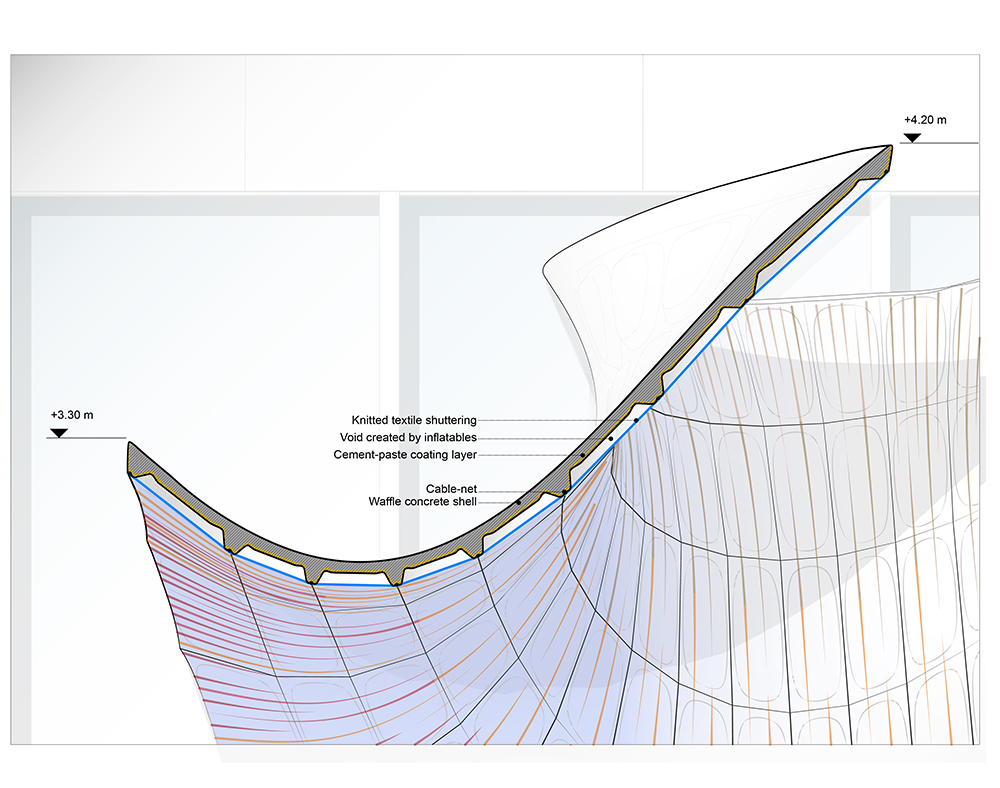 <
►
>
The ultra-light concrete pavilion is located in the inner courtyard of the Museo Universitario Arte Contemporáneo. (Courtesy ZHA/Juan Pablo Allegre)

Named in homage to the concrete-bending designs of architect and structural engineer Félix Candela, the pavilion rests on three parabolic arches, with interior threadwork fashioned to resemble traditional garb found in the federal state of Jalisco, 340 miles northwest of the country’s capital.

The pavilion is an outdoor feature of the museum’s new exhibition, Design as Second Nature, featuring four decades of Zaha Hadid Architects’ (ZHA) research into construction technology and design innovation.

The project builds upon ETH Zurich’s numerous recent forays into lightweight concrete structures based on curved geometries and digitally designed formwork. Currently, the university is leading KnitCrete, a partnership with the Swiss National Centre for Competence in Research in Digital Fabrication, to boost the technological expertise and production of hybrid and ultra-lightweight concrete structures. Past projects include an experimental concrete roof cast on 3-D printed sand formwork and an ultralight roof cap composed of a polymer textile and a network of steel cables.

According to ETH Zurich, Block and Van Mele’s research group plugged a digitally generated pattern into an industrial knitting machine to produce the formwork. Over the course of 36 hours, the flat-bedded mechanism knitted over 200 miles of polyester yarn into four 3-D double-layered strips. To suspend the canopy, the upper layer of the textile bears a series of sleeves for the insertion of supporting cables. Additionally, the woven formwork integrated 1,000 inflatable modeling balloons that were transformed into waffle shell-like voids following the initial coating of concrete.

The entire woven assembly, weighing a meager 55 pounds, was transported to the location via two suitcases stowed as normal checked baggage.

Once onsite, the double-layered textile was tensioned between a steel-and-wood boundary frame and subjected to an initial millimeters-thick concrete coating. After hardening and the creation of a lightweight mold, the team poured five tons of fiber-reinforced concrete over the original 120-pound polyester-and-cable framework.

The pavilion will remain in place until March 3, 2019.